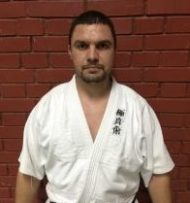 Velimir belongs to the younger generation of this style masters. He was born on 11.06.1984. in Belgrade, where he finished primary and elementary school. He began practicing Martial arts at an early age – practiced wrestling, kick box and karate.

Since 2010. starts to practice Ju Jutsu in “Kyokushinjutsu club Art” and from that time he focuses priority to this Martial Art. In the regular procedure he passed for all lower and higher apprentice titles.

While he had higher apprentice status, regularly, as representative of Kyokushinjutsu Ju Jutsu style, participated in fighting competitions under the rule of full contact. He achieved great results at national and international Kyokushinkai and Ashihara karate tournaments. In 2011, he won gold medal at European championship in Ashihara karate style.  (Annex no. 1) 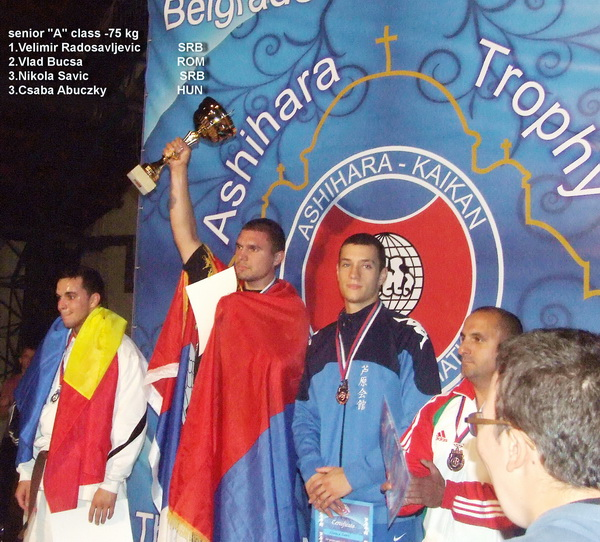 Annex no. 1 – Velimir Radosavljević, European champion at Ashihara competition in 2011

During his internship period in the Ju Jutsu Master 1st Dan status, Velimir continued with his individual practice to participate on International Martial Arts Competition. In March, 2019. he won champion title on “Ultimative fight” tournament GI CHALLENGE FLAVIJUM held in Belgrade – (Annex No. 4). By the end of 2019,  he passed test for   II Dan degree mastery of Ju Jutsu style Kyokushinjutsu (Annex no. 5 and  Annex no. 6). 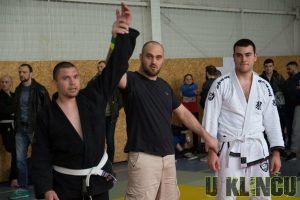 Outside the martial arts sphere, Velimir Radosavljević is owner of family factory of food products. He is married, has two sons, Nenad and Vasilije and daughter Anja.